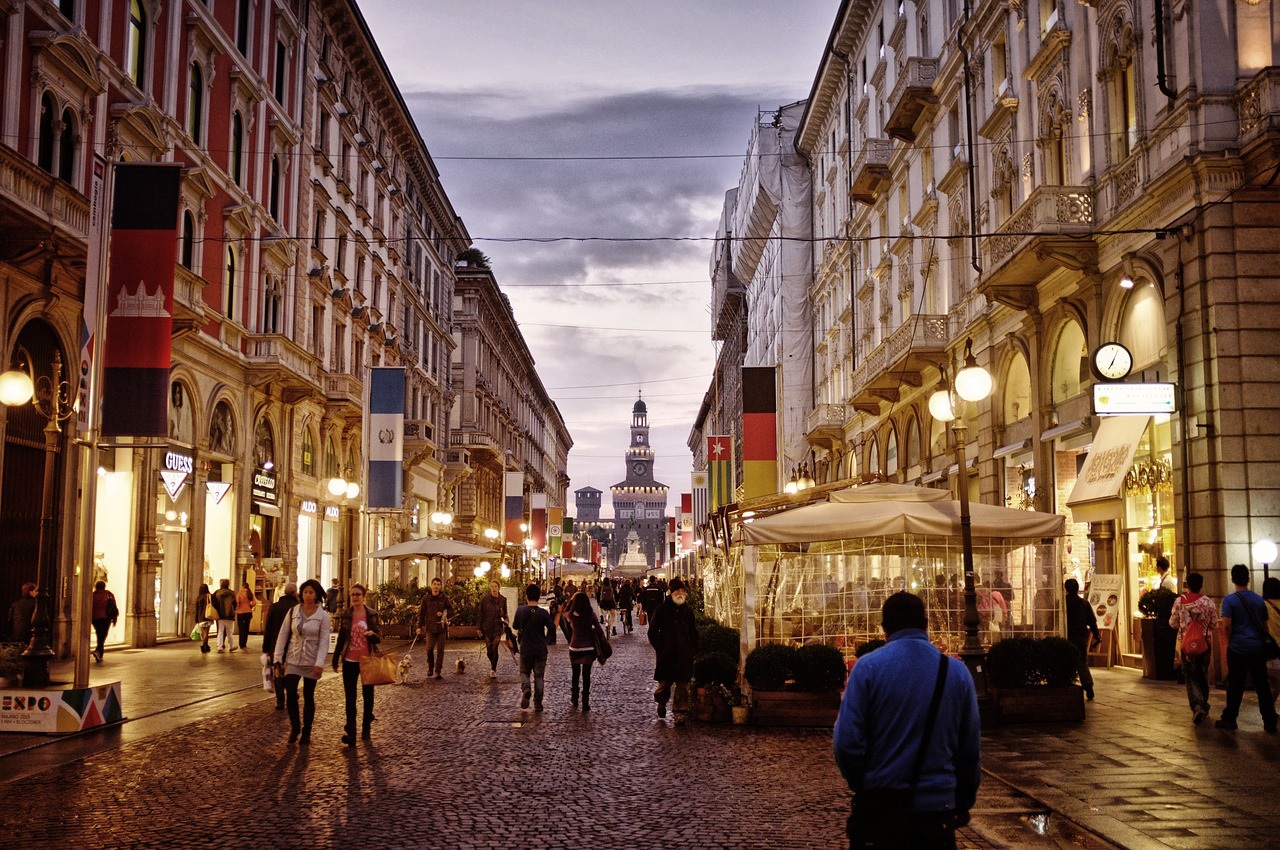 The city of Milan is one of the world’s most fashionable cities and is situated in the north of Italy. With its historical buildings, vibrant nightlife scene and of course excellent shopping opportunities, Milan attracts visitors from all over the globe. People who have just 24 hours in Milan should make sure they include the following things in their itinerary…

Milan has dozens of magnificent world famous buildings that are waiting to be discovered. Most of these attractions can be reached on foot, making getting around quick and easy. A good place to start is at the Duomo, which dates back to the 14th century and is one of the largest churches in the world.

The Duomo is set in the Piazza del Duomo, which is surrounded by a number of other enchanting buildings that visitors will not want to miss. Other attractions that can be explored in a daytrip to Milan include the Arena Civica, Sforza Castle and Pirelli Tower. Taking time to unwind in the picturesque Public Gardens is a great way to get a feel for Milan, while art lovers will want explore the Brera Art Gallery.

Like all Italian cities, Milan is famous for its cuisine. Local specialities include fish dishes cooked with ripe tomatoes, pasta and Panini sandwiches. Light bites such as cheese served with olive oil make the perfect snack, while few visitors to Milan could resist indulging in a slice of pizza and a bowl of gelato. The Galleria Vittorio Emanuele features a large number of excellent restaurants and café to choose from, while the area around Giadrini Pubblici also boasts its fair share of local eateries.

Shop Until You Drop

No trip to Milan would be complete without indulging in a bit of shopping. People who want to pick up designer clothing and accessories will find boutiques by renowned designers such as Versace, Valentino, Gucci and Armani in areas such as Via Montenapoleone, Via Manzoni and Via della Spiga. People who are searching for the best bargains should check out Il Salvagente at Via Bronzetti 16, where there are lots of great bargains to be found on designer fashions.

There is certainly no shortage of great bars and clubs to be found in Milan and this is one place where you really want to dress to impress if you want to fit in with the chic clubbing crowd. The nightlife scene tends to start late in Milan and few people hit the bars or clubs before 22:00.

This is the perfect excuse to enjoy a leisurely late dinner and take a stroll through the city before heading to a cocktail bar. The Brera district is the most popular place to let your hair down after dark, while the Navigli neighbourhood is another great place to play.

These are just some of the amazing things that are waiting to be enjoyed on a trip to Milan. Even for short trips it is best to take out travel insurance cover to make sure that you are fully covered and protected.