Every day, a group of people get together and determine something that will affect millions of bettors. These people are odds makers. Their calculations set the lines for sporting events across the globe. You’ve probably wondered exactly how they decide those numbers. Here’s everything you need to know about how NFL odds work. 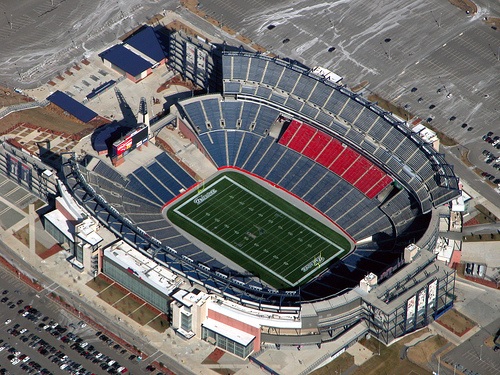 To understand NFL odds, you must appreciate the design of the system. Gambling services don’t care who wins or loses a sporting event. They’re businesses, and their product relies on volume. When they entice more people to bet, their earnings increase. So their primary goal is not estimating a set outcome such as a Super Bowl winner. Instead, odds makers try to persuade fence-sitters to place a bet. You can get an advantage by using data from a trusted site such as DocSports, a trusted name in sports handicapping since 1971.

The point spread is the most important aspect of all NFL bets. This is the number that tells who is the favorite in a game. If the New England Patriots are seven-point favorites, gambling on them means that they have to do more than win. They have to score at least eight more points than their opponent.

This explains why so many games have half-point rather than full-point spreads. There’s no half-point in the NFL, so a seven-and-a-half-point line guarantees that there won’t be a tie. Whether you bet on New England or their opponent, you’ll avoid a push, which is something neither you nor your gambling service wants.

A point spread isn’t the only way to bet on an NFL game. Some people believe that predicting an NFL outcome simplifies the process. That’s where the money line comes into play. This type of gambling rewards savvy investors for forecasting games correctly. The catch is that despite the any given Sunday mantra pervasive among NFL analysts, most results are easily predictable.

To protect themselves from offering a form of gambling arbitrage, booking agencies take a different approach. The money line rewards daring bets exponentially more than safe ones. It’s a basic risk/reward endeavor. In the example above, odds makers expect New England to win their game handily, as a seven-point spread is significant.

You shouldn’t win much by betting on a favorite. A money line of +190 would reflect this. You’d have to risk $190 to win $100. Presuming New England wins, you’ll earn a tidy profit. If they lose, you’re out $190. So, you’re risking 90 percent more than you have a chance to win on the wager. If you bet against the Patriots, your odds are much better. Their opponent would be -170. By betting only $100, you stand to earn a tidy $170 profit if you’re right. This line entices you to bet on underdogs.

The other gamble worthy of consideration is betting the over/under. With this wager, you don’t worry about the outcome. Your focus is on the combined scoring of the two teams. For example, if the over/under is 56, taking the over means that you expect the teams to combine for more than 56 points. Taking the under means that you expect a lower scoring affair. It’s that simple.

Betting on NFL football is easy once you understand the terminology. Each of the three wagers above can win you a lot of money if you’re smart about picking the safest wagers.