If you go out and ask most people just what a heat exchanger is, they in most cases wouldn’t have a clue and yet they use machines containing one on a daily basis! So, what is a heat exchanger, let’s have a little look at what they are, what they’re made of and where you can find them in daily usage around us. 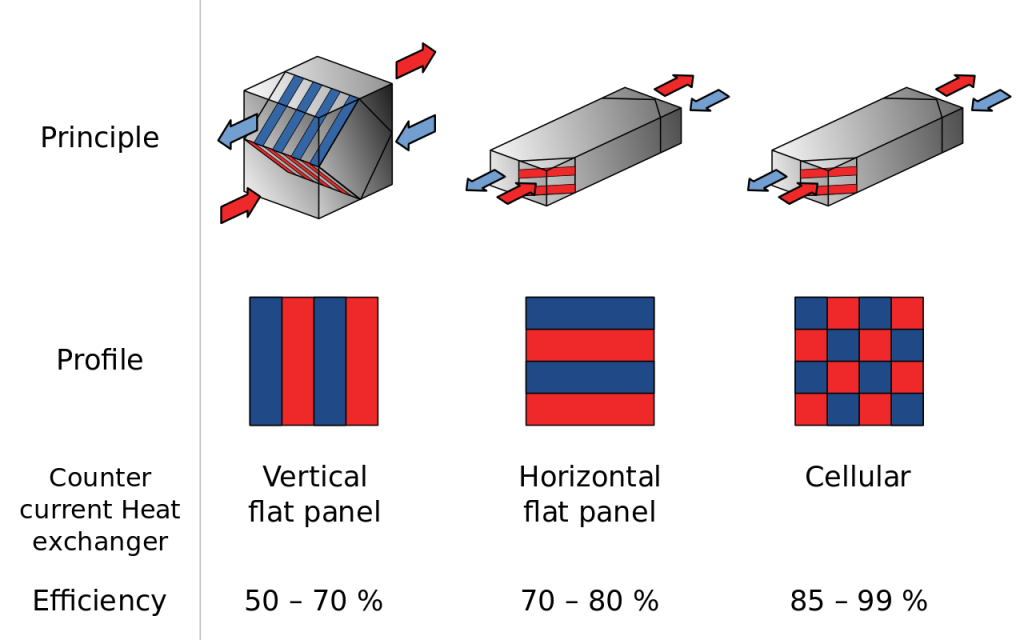 A heat exchanger is a functional device that helps in the movement of heat from one fluid to another. In some cases, a solid wall may divide the fluids and stop them from mixing. In other designs, the fluids might be in direct contact with each other. In the most effective heat exchangers, the surface space of the wall between the fluids is boosted while at the same time minimising the fluid flow resistance. Fins or corrugations are often employed with the wall so as to increase the surface area and to encourage turbulence.

Everyday appliances which contain heat exchangers include things such as air conditioners, refrigerators, and standalone heaters. These devices are also employed in chemical processing and power production. Maybe the most generally known heat exchanger is the car radiator, which cools the heated radiator fluid by the use of airflow over the surface of the radiator.

Heat exchangers use three primary flow arrangements: counter-flow, parallel-flow, and cross-flow. With the counter-flow exchanger, the fluids go into the exchanger from opposite sides. This is the most effective design because it moves the largest amount of heat. In the parallel-flow version, the fluids enter in from the same end and move side by side to each other as they flow to the other side. The cross-flow heat exchanger shifts the fluids in a perpendicular fashion.

Also, there are four different models of heat exchangers: shell and tube, plate, regenerative, and intermediate solid or fluid. The most common type is the shell and tube design. This displays multiple finned tubes. One of the fluids goes through the tubes while the other fluid goes over them, causing it to be either heated or cooled. In the plate heat exchanger, the fluid moves through baffles. This causes the fluids to be divided by plates with an extensive surface area. This kind of exchanger is in most cases more capable than the shell and tube design.

And the Other Two

The regenerative heat exchanger utilises the advantage of the heat with a specific process so as to heat the fluid being used in the same process. These can be formed with the shell and tube design or the plate design. The intermediate fluid or solid heat exchanger uses fluids or solids, within it, to hold heat and transfer it to the other side for it to be released. This method is generally used to cool gases while at the same time remove impurities. http://www.alliedheattransfer.com.au are professionals in the design, manufacture and maintenance of top quality heat exchangers and industrial air coolers in Australia.

If you’re out somewhere now and somebody asks what a heat exchanger is, you can surprise and stun them with the above knowledge!