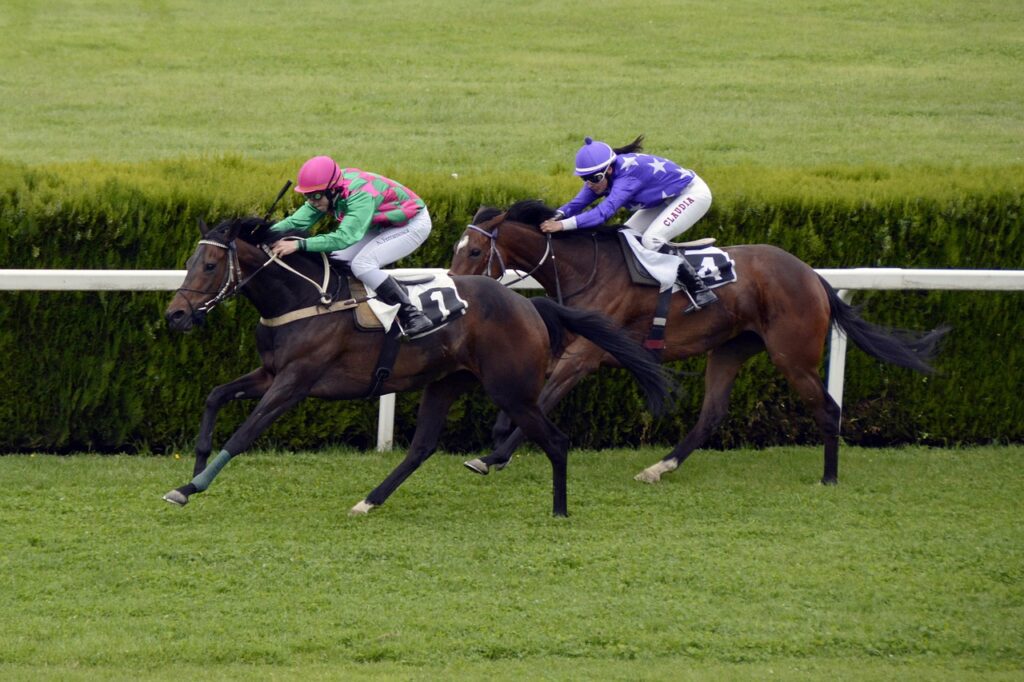 A five-day extravaganza of Flat horse racing takes place in front of royalty at Ascot Racecourse in the Berkshire countryside each and every June. Just a few miles away from Windsor Castle, some of the best thoroughbreds from the British Isles, Europe, and beyond compete at Royal Ascot for big prize money.
This year’s event promises to make a number of new star racehorses and we should also see some old favourites taking to the track. Here is a look at the most fancied runners for Royal Ascot 2021.

Newmarket trainer John Gosden probably has the best miler in Europe in Palace Pier on his hands right now. This four-year-old Kingman colt comes to Royal Ascot off the back of two bloodless victories, first in the Sandown Mile and then the Lockinge Stakes at Newbury.
Already a Royal Ascot winner after landing last year’s St James’s Palace Stakes on the round course, Palace Pier is now all the rage to follow-up and hit a hat-trick for the season in the Queen Anne Stakes over the straight mile. For many observers, he is the most likely winner at this year’s meeting.

📸 A very impressive run from LADY BOWTHORPE and @oismurphy as they finish in second behind PALACE PIER in the Lockinge Stakes.

Also representing the Lockinge form from Berkshire’s other racecourse is the runner-up, Lady Bowthorpe. A five-year-old mare trained by William Jarvis, she seems to be getting better with age and racing.
Lady Bowthorpe, a daughter of Nathaniel owned by mega music agent Emma Banks, won the Group 3 Valiant Stakes at Ascot last July. She has since taken her form to another level with Group 2 success in the Dahlia Stakes at Newmarket and that second spot at Newbury. So, bookmakers expect her to resume winning ways in the Duke Of Cambridge Stakes at the royal meeting.

The winner of last year’s Prince Of Wales’s Stakes, Lord North, should mount a strong bid to defend his crown after an impressive win in the Middle East on Dubai World Cup Night in March. Globetrotting racehorses are what Royal Ascot is all about.
A mile-and-a-quarter on decent ground is precisely what Gosden stable inmate Lord North wants as a five-year-old. According to the latest horse racing betting on Royal Ascot, he’s a 9/4 chance with bet365 for back-to-back Prince Of Wales wins.

We have been honoured to see one of the greatest Flat stayers of all-time grace the meeting with a win in each of the last four years. That is Stradivarius, yet another Gosden runner who simply relishes tests of stamina over the summer.
Now aged seven, he can match the mighty Yeats with a fourth consecutive victory in the Ascot Gold Cup over a gruelling two-and-a-half miles. As good as ever in the Sagaro Stakes at the course on his reappearance, who would bet against a fifth Royal Ascot win for this living equine legend?

The top-level sprint contests at the meeting look fairly open, but Starman produced a career-best and helped trainer Ed Walker to his biggest success in Britain so far with a Group 2 victory at York. That propelled this four-year-old Dutch Art colt to the head of the Diamond Jubilee Stakes betting.
Potential opposition includes Royal Ascot race bridesmaid Dream Of Dreams and the Champions Day Sprint winner Glen Shiel, but both are best with cut in the ground. Starman is still an unexposed and improving racehorse who could have even more to offer on this grand stage.