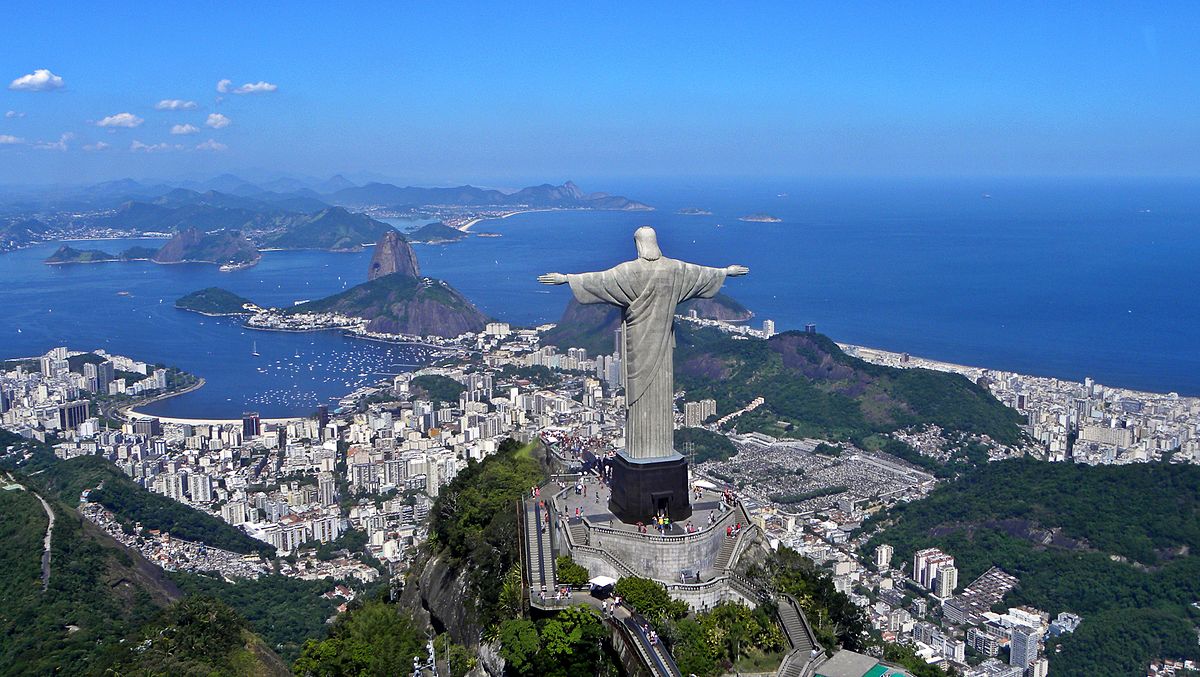 Rio de Janeiro is a popular place to start or end a trip in Brazil, and its no wonder: with spectacular mountains, a world famous beach culture and an unrivaled nightlife scene, this burg has magnetic appeal for many travelers.

There are many sights to see here, but with Rio’s size, it can be intimidating for someone to tackle on their own. For this reason, taking a guided tour can be very beneficial for someone seeking the make the most of their time here.

Want to know what to see on a tour of Rio? Below, we list several sights that you’ll want to make sure are included in any tour you purchase when you are in Rio de Janeiro…

Begin your time in Rio de Janeiro by getting the obvious out of the way: head straight up Corcovado Hill to see Cristo Redentor (Christ the Redeemer), which is one of the most famous religious statues in the world.

Standing almost 100 feet tall, and with a span of 92 feet between its two outstretched hands, this monument is well worth seeing up close despite your personal beliefs, and with some of the best views over the city below, it is a smashing place to get some panoramic pictures taken of this sprawling metropolis before continuing on with your tour in Rio de Janeiro.

If you are a fan of cultural attractions and have an open mind with regards to the full spectrum of human creative expression, then including the Museu de Arte Contemporânea Niteroi on your itinerary will improve to be a wise choice.

With the help of your Rio tour guide, you can fully appreciate the modern masterpieces that occupy the interior of this highly futuristic building. From the contemporary portraits inside to the its UFO-like appearance on the exterior, it will be a stop that will likely count as one of the highlights of your time in Rio.

You haven’t experienced a football (soccer) match until you’ve watched one live in the heart of Brazil. Maracana Stadium is a hive of activity on game days, where major club teams in the Rio area face off against each other, as well as national teams from elsewhere in the world when they come to South America to take on Brazil. It is here where you will find Brazilians at their most passionate, as they shout, cheer and burn flares as they urge their side on to victory.

No article on the top attractions in Rio can be written without giving mention to the spectacular beaches that can be found all along its frontage on the Atlantic Ocean. From the lively social nexus of Copacabana and Ipanema to the secluded and less trafficked sands of Prainha and Barra da Tijuca, there is a seaside getaway within or just outside city limits that will match your needs.