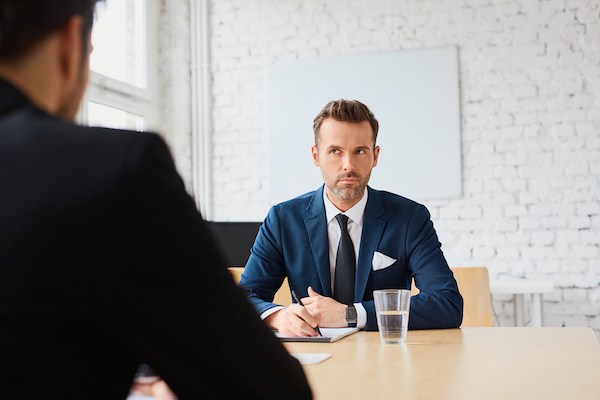 In almost every industry, the results of an interview tip the scales heavily in deciding who gets hired, and who is shown the door. In many industries however, putting too much emphasis on an interview can cause excessive and unwanted hiring risk. The sales sector for example has arguably the highest employee turn over rate of all and this is largely due to performance in an interview taking precedent over whether an applicant can actually meet the quotas they’re being hired for. Rather than helping employers cut through to an applicant’s core sales personality – it’s often masked even more.

Managers have an agenda; they want to spend the least amount of company resources hunting for the next employee to fill an open position, and due to the fast-paced nature of the industry, they themselves are often on the clock — so they’re always looking to stop guessing when hiring and learn to listen for what they want to hear during interviews, such as confident answers, straightforward explanations, and wittiness. This causes them to have blinders on where overexaggerating or manipulation of the truth are concerned, even when what the applicant claims vs. what’s on their resume don’t add up.

Employers will conduct interviews in order to “get to know” the applicant, but while hearing about their schooling or interesting life experiences can make for good conversation, it rarely determines whether an applicant will be able to follow through on their tasks upon hire, or whether they’ll be consistent workers long term.

Too Much Emphasis And Bias On Likeability

Have you ever heard someone on your interviewing panel turn to you to tell you how much they like an applicant? So much they can’t put their finger on why? Interviewers themselves can be bias and search for qualities they find speak to them personally, be that someone’s elegance, or even their tenacity. This doesn’t mean they carry the sales qualities necessary for success like the stamina to stay motivated even after a series of rejections, empathy towards clients, or knowing when to make the ask. Fortunately, the traits that matter can be determined through employing a short sales personality test alongside the interview such as those available through SalesTestOnline. These tests are designed by industrial psychologists to truly determine a candidate’s preparedness for working in sales.

Job Applicants Play Up A Persona

Those skilled at interviewing know exactly what questions to listen for, and if they’ve done many sales interviews before, they know just how to put on the façade that a hiring committee wants to see. Too often do these applicants get hired and behave completely differently at work; it is because they were in it to get the job, not necessarily do the job, leaving the company to deal with the consequences. Next time you’re conducting interviews, think twice before giving them so much leverage and instead utilize tools available to you that will predict whether an applicant with truly be successful with the company.