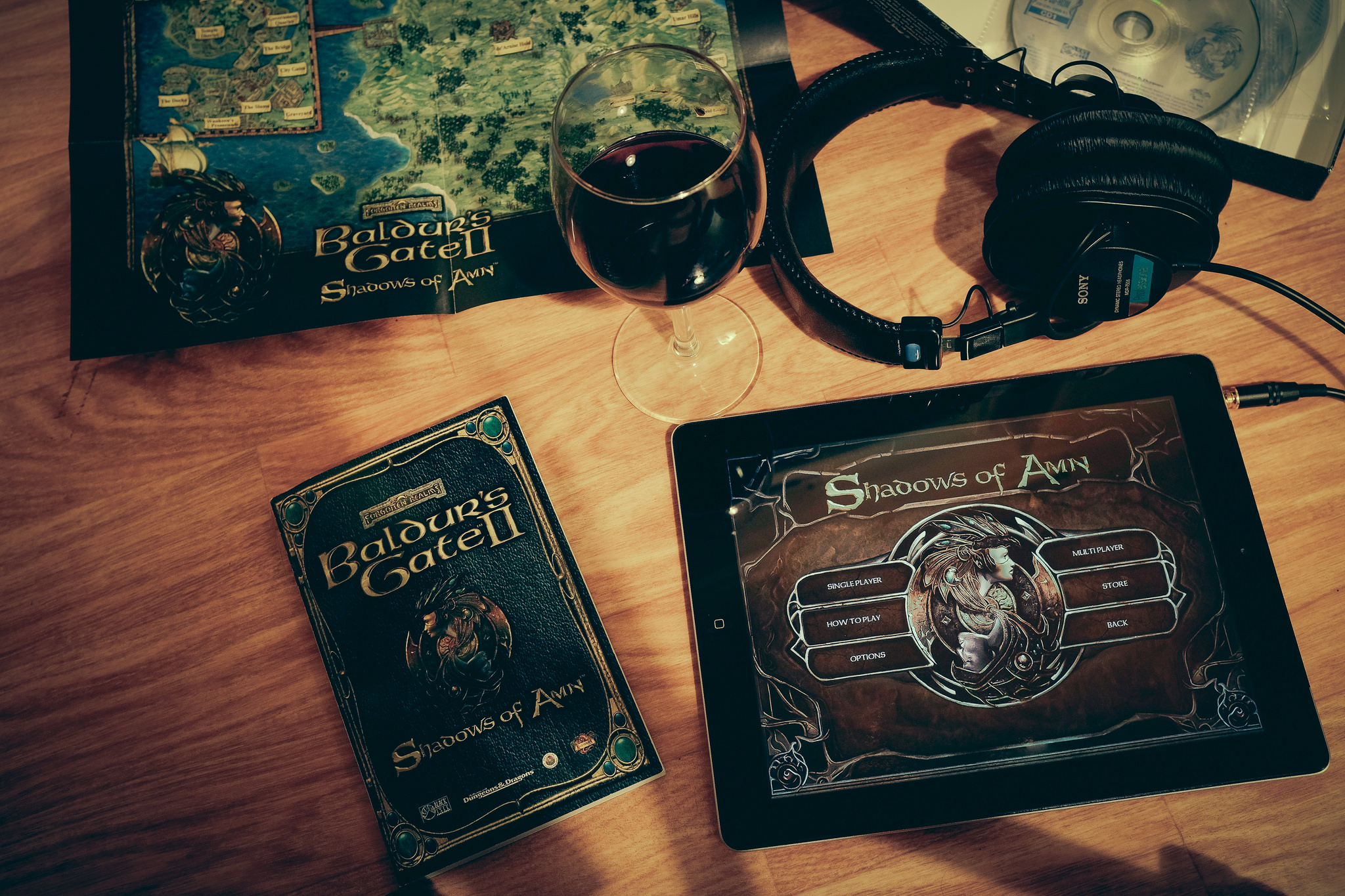 All those dead moments on your way to work, in line at the supermarket, or at dinner during a date gone horribly wrong have been slowly filled by smartphone checking. However, you can only check Facebook so much before it becomes redundant. When this option is no longer realistic, the best games to play on your phone can help kill boredom for hours on end…

Take on all comers as a shadowy representation of a ninja fighter in the second version of this popular mobile fighting/RPG game. Hack, slash and dice your way through the competition as you battle to close the Gate of Shadows to prevent the untimely demise of humankind. You can improve your fighter’s capabilities by acquiring better weapons and armor as you go through the game, which adds an element of depth that most fighting games have lacked in the past.

Seeking a more traditional RPG to while away the time on the bus or train? Baldur’s Gate is more than up to the challenge, as this deep game brings more than 60 hours of exploration and action over from the immensely popular PC version. If the original story of this epic quest wasn’t enough, the mobile version comes with four expansion packs to keep you adventuring through your commute for months on end.

The popularity streak that zombies have enjoyed over the past few years has been truly remarkable, reaching even mobile themed games. While Plants vs. Zombies had its day in the sun in the past, it is Deadlings’ time to shine. In this game, you guide your walkers through a maze designed to hack him to bits with one errant misstep, utilizing the unique abilities that each of them possess. With over 100 levels to complete, being a member of the flesh-rending undead has never been more fun.

Think that mobile games all have chintzy graphics and are one-dimensional in terms of their storyline? Downloading and playing The Room Two will lead to strongly re-consider your position, as its beautifully rendered 3D-ish gameplay, addictive story, and complex puzzles flies in the face of this stereotype. Complete with a soundtrack that will haunt you as you progress through the levels, this game is a must-play for those that enjoy solving mysteries.

There is no better way for strategy game aficionados to get their fix during a boring commute then by downloading a game like Clash of Clans for their mobile device. This classic has you raising settlements and armies to counter monsters that seek to destroy everything you have, all while trying to build a superior civilization compared to your competition. You can also team up with like-minded souls to achieve mutually beneficial goals, which is an element that makes this title a truly addictive one.