The British number one earned his place in the next round of the Italian Open on Wednesday as he eased to a comfortable victory against France’s Jeremy Chardy in Rome. Murray, who married long-term partner Kim Sears back in April, earned a relatively straightforward 6-4 6-3 victory over the current world number 33 to book his place in the last-16 against Belgium’s David Goffin.

We take a look at Murray’s chances of winning the tournament, and discuss his potential opponents in the next round of the competition. For more news and odds regarding the remainder of the competition, or for future tennis tournaments such as the French Open and Wimbledon, you can check out a number of promotional offers here. 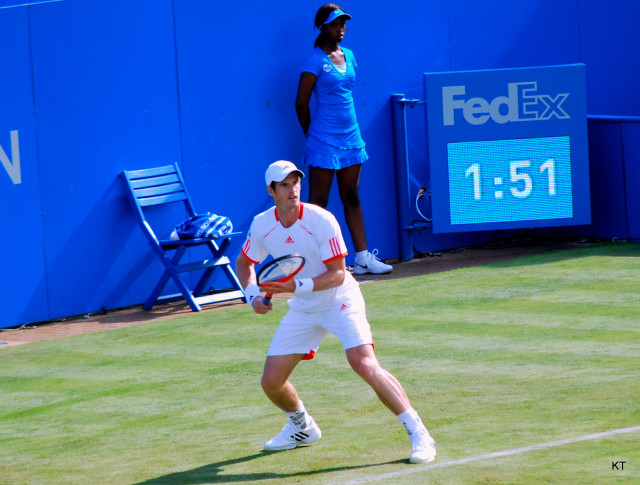 The British number one almost pulled out of the competition

Murray almost decided to skip the Rome Masters but opted to take part as he bids to climb up to second in the world rankings. The 27-year-old has now won his last 10 matches on clay – a great statistic ahead of the upcoming French Open at Roland Garros – and also recorded his first ever victory over Rafael Nadal on the Spaniard’s favoured surface in the Madrid Masters final. However, his choice to enter the competition appears to have been a good one as the Scot cruised to victory in his opening match of the tournament.

The British number one has an outstanding record in major tennis competitions during the last 12 months. Murray has reached the quarter-finals or better in 16 of the past 17 major events – a staggering achievement. This level of performance may end up taking its toll though, and the 27-year-old should ensure that he is fully prepared before matches in order to avoid recurring injury issues. If Murray wins his next match, he will have reached the quarter-finals in 94% of major tournaments throughout the last year and it would take a brave man to back against the Scot on current form.

He is set to face David Goffin in the next round

The Belgian player beat France’s Jo-Wilfried Tsonga to earn a place in the last-16 and set up a rematch of their clash from Wimbledon last year. On that day, the Scot eased to a comfortable victory – winning in straight sets – before he was thrashed by Grigor Dimitrov in the quarter-finals. If Murray can get past Goffin again, then he will stand a great chance of going on and winning his third consecutive clay court tournament.